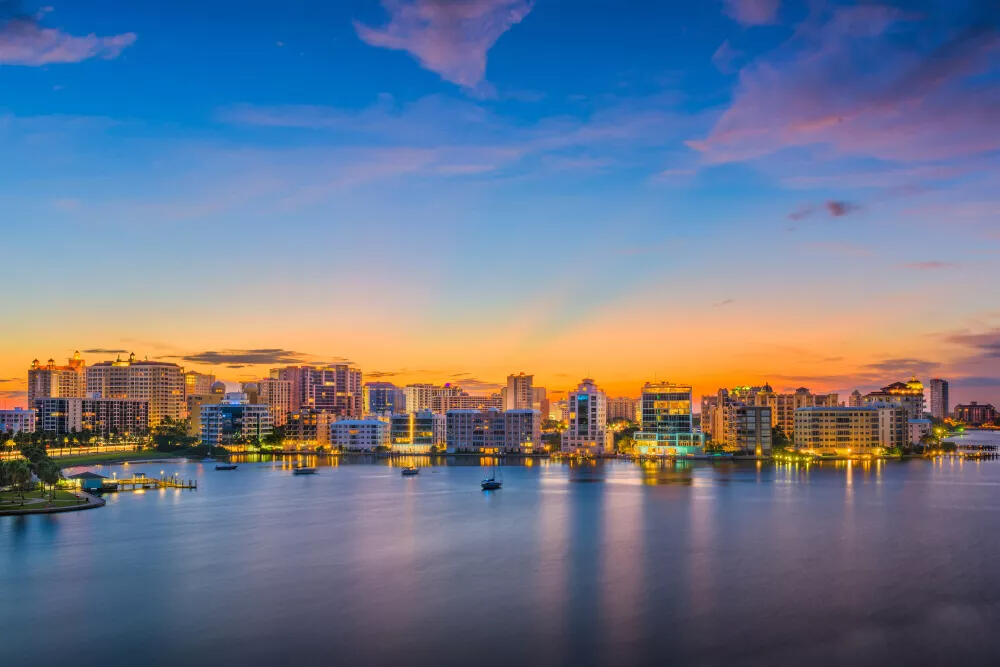 The History of Sarasota, FL

The history of Sarasota, Florida (SRQ) dates back to the prehistoric period, with evidence of human habitation in the area dating back to 12,000 years ago. The area was first inhabited by the Tocobaga and Calusa Native American tribes, who lived along the coast and relied on fishing, hunting, and gathering for their livelihood.In the early 16th century, the Spanish began exploring the Gulf Coast of Florida and established a number of missions in the area. The first recorded European contact with the area now known as Sarasota occurred in 1539, when the Spanish explorer Hernando de Soto and his expedition passed through the area.In the 1800s, the area was primarily used for cattle ranching and farming. The first permanent non-native settlers arrived in the area in the 1850s and established small farms and ranches. The city of Sarasota was officially founded in 1885, and it was incorporated as a city in 1902.In the early 20th century, the city began to grow and develop as a popular tourist destination. The arrival of the Tamiami Trail, a highway that connected Tampa and Miami, made the area more accessible to visitors. The John and Mable Ringling Museum of Art, which opened in 1931, also helped to put the city on the map as a cultural destination.During the 1920s and 1930s, the city experienced a building boom and many of the city's most iconic structures were built during this time. The city also experienced a significant population growth, as many people moved to the area to take advantage of the city's growing economy and increasing popularity as a tourist destination.
During World War II, Sarasota (SRQ) played an important role in the war effort, serving as a training ground for soldiers and as a site for defense-related industries. After the war, the city continued to grow and develop, with new neighborhoods and commercial areas being built to accommodate the growing population.In the 1960s, the city began to focus on preserving its natural and historical resources, and several important conservation and preservation initiatives were undertaken. Today, Sarasota is a thriving city that continues to be a popular destination for tourists and residents alike, known for its beautiful beaches, cultural attractions, and outdoor activities. 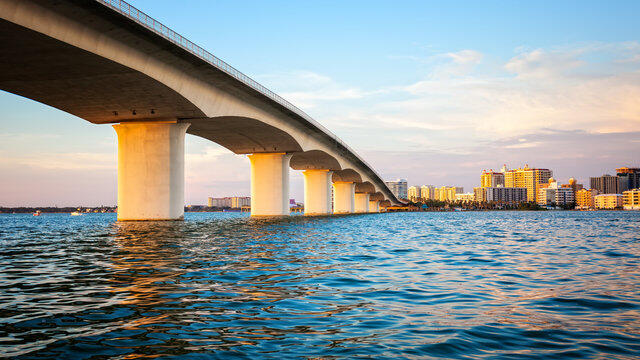 Sarasota, Florida is a Gulf Coast city located in the southwestern part of the state. Known for its beautiful beaches, cultural attractions and outdoor activities it is a popular destination for both tourists and residents alike. The city has a population of about 55,000 people and is the county seat of Sarasota County.One of the most popular attractions in Sarasota is its beaches. Siesta Beach located on Siesta Key, is widely considered to be one of the best beaches in the United States. The beach is known for its fine, white sand and crystal-clear waters. It is also a great spot for swimming, sunbathing, and beach volleyball. Lido Key Beach and Longboat Key Beach are also popular beach destinations in the area.Another major draw for visitors to Sarasota is its art and culture scene. The John and Mable Ringling Museum of Art, located on the grounds of the Ringling Estate, is one of the top art museums in the United States. The museum features a wide variety of art, including works by Rubens, Van Dyck, and Gainsborough, as well as an extensive collection of Asian art. In addition, the museum also includes the Ringling Circus Museum, which provides a fascinating glimpse into the history of the American circus.The city is also home to a number of other cultural institutions, including the Sarasota Orchestra, the Sarasota Ballet, and the Asolo Repertory Theatre. These organizations host a variety of performances throughout the year, including concerts, plays, and dance productions.Sarasota is also a great destination for outdoor enthusiasts. The area around the city is known for its golf courses, fishing, and boating. There are several parks and nature preserves in and around the city, including the Marie Selby Botanical Gardens, which features a wide variety of tropical plants and gardens, and Myakka River State Park, which offers hiking, biking, and camping opportunities.For those interested in history, the city of Sarasota has several historical sites and monuments, including the Spanish Point, the Ca d'Zan, and the Sarasota History Center. Spanish Point is an archaeological site that provides a glimpse into the lives of the early settlers who lived in the area. The Ca d'Zan, which is located on the grounds of the Ringling Estate, is a beautiful Mediterranean-style mansion that was built by John Ringling. The Sarasota History Center, located in the heart of downtown, provides an overview of the area's rich history through a variety of exhibits and artifacts.Sarasota also has a thriving food and beverage scene, with a wide range of restaurants and cafes. Visitors can enjoy everything from casual seafood restaurants and beachside bars to fine dining establishments and trendy bistros. There are also a number of farmers markets and local food festivals throughout the year, which provide an opportunity to sample some of the area's best local produce and specialties.In conclusion, Sarasota, Florida is a destination that offers something for everyone. Whether you're looking for beautiful beaches, cultural attractions, or outdoor activities, you'll find it all here. The city's rich history, vibrant arts scene, and delicious food and drink make it a perfect place to visit and live.